Is Enlightenment A Permanent State of Nirvana? (Surprise Answer) Is enlightenment a permanent state of bliss and joy? Is it the ultimate state of nirvana? When it happens, do negative feelings and suffering disappear forever?
After experiencing various stages of what people traditionally call enlightened states, I can tell you that the idea of permanence is just marketing and storytelling, not reality. That said, it’s not bleak either. General suffering can completely disappear for long periods of time. Extraordinary bliss can overwhelm you and make you feel like the luckiest person alive. But life is volatile and You and I are living things. Here’s the back channel on my investigation of consciousness and ascent into states of bliss and oneness.

For nearly 20 years I’ve worked to perfect Dr. Hawkins Methodology of measuring levels of consciousness and in doing so was able to develop my own methodology I call The Rapid Enlightenment Process. My objective has been to find, release and recontextualize the blocks to raise my own consciousness and ascend into what is typically called enlightenment. I use that term interchangeably with “a quiet mind.”

I didn’t do this project in a vacuum. I used a team approach with the idea that every diagnostic muscle test about my consciousness and the subsequent blocks were probably wrong. In the beginning, I assumed that muscle testing was just my imagination and my body was tricking me.
My philosophy was that a muscle test about my consciousness can only be “right” if other people can replicate the same test. For years most of my diagnostic muscle tests were not able to be corroborated by my team. But, with diligence and willingness to be wrong and thousands of hours invested, I figured it out. I am literally the enlightened crash test dummy.
For years, I slogged through the process of discovering what blocked the enlightened state. I found the aspects of my own consciousness which lived in the delusion that survival was important. Then I painstakingly recontextualized the illusions of my own importance, value, needs, wants and desires. Ultimately I came to a place of extreme neutrality. Over the last decade, everything accelerated and I reached many many many versions of nirvana states. They were mostly fleeting moments that were precious and amazing. With each new moment of bliss lasting anywhere from 15 seconds to days on end. Over and over I experienced variations on the themes of oneness, unity, bliss, ecstasy, joy and most common of all awe!
Unfortunately, as fast as these amazing states appeared, they subsided. The monotony of life swallowed up the bliss and pulled my attention back to business, family, and daily routines. Like you, I don’t live in a cave. I haven’t renounced my social responsibilities or isolated myself from the world in an effort to protect the enlightened state. Staying in the world has been a conscious choice. I have decided it is a matter of personal choice and integrity to stay here with my wife, 4 kids and the clients I serve in our two businesses.

Truth is, I do feel pulled to leave society on a regular basis. But my current view is that the enlightened state itself is the next iteration of human experience. I have this deep intuitive feeling that ultimately humans are going to live with each other in this state. That idea has a stronger pull to me then selfishly isolating myself from the world. So here I am on the 32nd floor overlooking New York’s Central Park, writing a blog post to you on a Saturday afternoon.

Do The Buddhist’s Have It Wrong?

The interpretation of the Buddhist text of enlightenment as a permanent state of nirvana is a nice idea but probably rooted in lore and ancient spiritual marketing. We hear the stories told by well-meaning people enthusiastic about sharing what they have experienced (Buddha included).
I know for myself that it is very very challenging to teach or promote the idea that this state will be progressive and that it will come and go. I sometimes look back on my own writings or lectures and think to myself, “Matthew, you make it sound like there is a never-ending orgasmic bliss and that’s just simply not the case!”
It is certainly not my intention to exaggerate. But I notice that describing the enlightened state as an aspirational objective to my students is difficult to do without the mind of the listener saying, “Yes! All my problems will be gone forever!!” The more you experience enlightened states, the more volatile it becomes. The beginning stages of enlightenment are being experienced by a very large group of people on the planet today. People are experiencing a loving state, others experience joy just because they are alive and a rare few feel deep states of peace in the chaos of the world.
But entropy still gets the best of us. These wonderful experiences are interrupted by the survival minds insistence of keeping us safe. In the beginning stages of enlightened consciousness, the survival mind is still active. You still question is you are infinite. Survival still feels very important. Money, status, success, and the approval of others still appears to be important and relevant. Until these illusions are transcended, there will be harsh contrasting moments of doubt and uncertainty. The contrast can be very disconcerting when you were just feeling peace.
Because you have fleeting moments of bliss, the negative side of life’s experience is more intense and takes practice recontextualizing. It takes practice staying focused on enlightened perspectives. Survival perspectives are the norm and seem much more relevant. We are all surrounded by survival perspectives.
To quote the back cover of my book Quiet Mind Epic Life…

“Enlightenment is not a place. It’s not a destination. It’s a state. It’s a point of view. It’s a contextual framework that makes living an epic life possible”

Enlightenment is a contextual framework about one’s existence. At the heart of this contextual framework is the recognition that the source of life for you is the same source for everyone and everything. That we are all one thing expressing itself with infinite variety. The experience is that all is well and nothing needs changing or bettering.
Your life, people, circumstances, bodily rhythms, sleep cycles, weather create volatility. It all has an effect on your ability to maintain this contextual framework. For example, when the body is degraded, survival consciousness kicks in automatically to save the day and your bliss is replaced by fear and uncertainty.

The novelty of achieving profound peace or oneness for the first time is overwhelming. But you get used to it and then it’s not overwhelming. The base state of enlightenment is “nothing”. It’s neutral. As the neutrality deepens, you have progressive moments of intense positive emotions followed by revelations. These moments radically alter the course of your life. But, these moments don’t really last long. The body does it’s best to find it’s balanced state again. Too much positive energy can be just as imbalanced as too much negative energy. 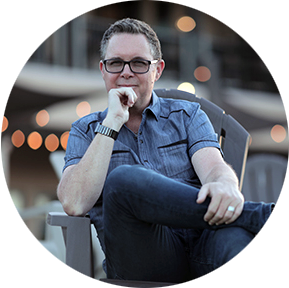